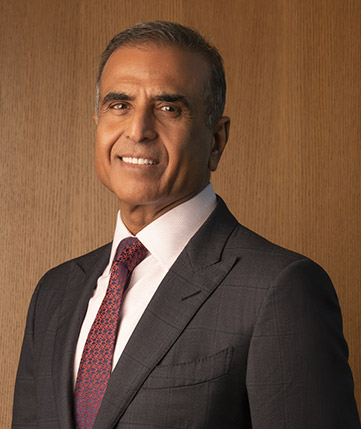 Sunil Bharti Mittal is the Founder and Chairman of Bharti Enterprises, one of India’s first generation corporations, with interests in Telecom, Space, Insurance, Real Estate, Hospitality and Food. Bharti has joint ventures with several global leaders: SingTel, SoftBank, AXA, Del Monte, the UK Government, amongst others.

Bharti Airtel, the flagship company of Bharti Enterprises, is a global telecommunications company with operations in 20 countries across South Asia and Africa. The company ranks amongst the top three mobile operators globally and covers a population of over two billion. Airtel is India’s largest integrated telecom provider and the second largest mobile operator in Africa. At the end of March 2021, Airtel had over 470 mn customers across its operations.

Sunil is a recipient of the Padma Bhushan, one of India’s highest civilian honors, awarded to individuals for demonstrating distinguished services of high order. He has also been awarded Harvard Business School’s Alumni Achievement Honor – the utmost honor accorded by the institute to its alumni. He is the recipient of GSMA’s prestigious Chairman award, besides being decorated with numerous industry honors. Sunil has been conferred Honorary Doctorates by several leading universities in India and Europe.

Sunil serves on many international bodies and think tanks; He served as the Chairman of International Chamber of Commerce (ICC) and the Chairman of GSM Association (GSMA) concurrently from 2016 to 2018. He has been a Trustee at the Carnegie Endowment for International Peace (CEIP) from 2009 to 2021. He is a member of International Business Council-WEF and Commissioner of the Broadband Commission, a member of the Global Board of Advisors at the Council on Foreign Relations (CFR), Member of Board of Trustees at Education Above All Foundation, Qatar and on the Board of Qatar Foundation Endowment. He has also served as the President of the Confederation of Indian Industry (CII), the premier industry body in India. Sunil has served on the boards of several multinational companies including Unilever PLC, Standard Chartered Bank PLC and SoftBank Corp.

Sunil is closely associated with spearheading the Indian industry’s global trade initiatives - he has served on the Prime Minister of India’s Council on Trade and Industry. He is also a member of the India-US, India-UK and India-Japan, India-Sweden CEO Forums. He is Co-Chair of the India-Africa Business Council.

Deeply associated with the cause of education, Sunil is on Harvard University’s Global Advisory Council and has served on the Board of Dean’s Advisors at Harvard Business School.

Sunil believes that a responsible corporate has a duty to give back to the community in which it operates. This belief has resulted in Bharti Foundation, which operates more than 180 Satya Bharti Schools as well as supports over 790 government schools to ensure holistic education. Over 4.5 lakh underprivileged children in rural India have benefitted from the programmes of Bharti Foundation since its inception. Sunil was ranked among the Top 25 Philanthropists in the World in 2009 by the Barron’s Magazine. 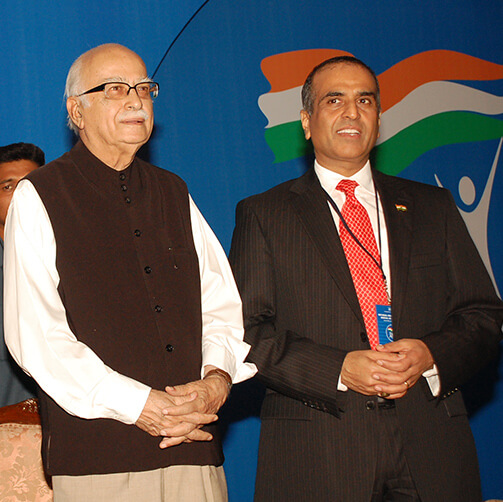 Shri L.K. Advani with Sunil Bharti Mittal at the CII Annual Session in New Delhi in 2008 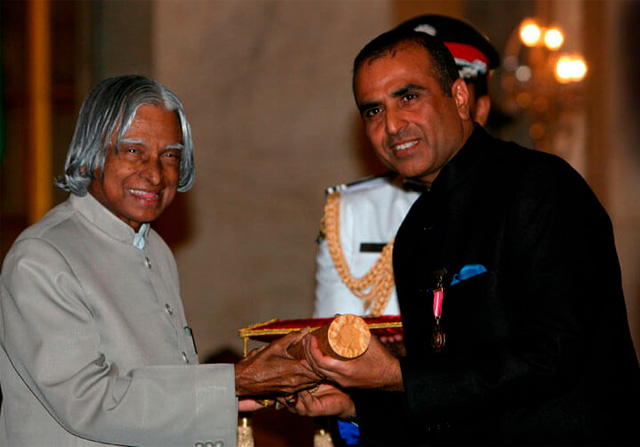